About I’m a Scientist

‘I’m a Scientist, Get me out of Here!’ is a free online event where school students get to meet and interact with scientists. It’s a free X Factor-style competition between scientists, where the students are the judges.

Pitting students against scientists in a live round of intense, fast-paced, quick fire online live CHATs. Students get the chance to ASK scientists all the questions they want to, then VOTE for their favourite scientist to win prize of €500 to communicate their work with the public.

This zone is the Space Zone. It has a range of scientists studying all different topics. Who gets the prize? YOU decide!

The Space Zone is sponsored by the European Space Education Resource Office (ESERO) Ireland whose programmes and resources range from the CanSat Europe competition to the Careers Portal Space Industry Sector.

In addition they support teachers to use the topic of space in the classroom to teach science, technology, engineering and maths (STEM) subjects. 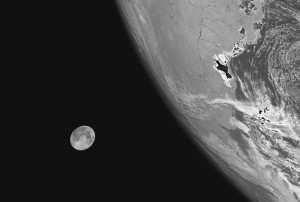 Earth and Moon. Image by: Eumetsat

Outer space is the void beyond any celestial body, such as planets and stars. There are only a few particles scattered here and there in space, whereas a cubic metre of the air we breathe on Earth contains millions of molecules.

Space is often called a vacuum because there’s hardly anything in it. Scientists think that space contains dark matter, but it’s really hard to detect so hasn’t been found yet. 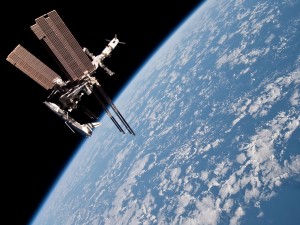 Scientists don’t really know exactly how big the universe is, but it’s pretty big! In the parts of the universe that we know about there are at least 170 billion galaxies, such as ours, the Milky Way. 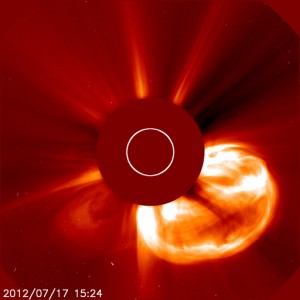 Within galaxies there are Solar Systems, containing astronomical objects such as the Sun, stars and planets.

Everything is held together by gravity. Many people think that the universe originated during the Big Bang, where some really dense hot material has since continuously expanded and interacted, to form what we see today. 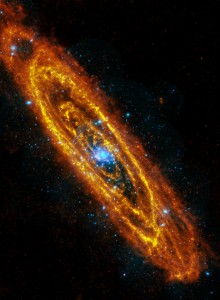 The United States says that anyone travelling more than 80 km above the Earth is an astronaut! Just like there are laws on Earth that we have to follow, there are laws in space too. Nations can’t claim parts of space as their own, anyone can explore it, and it’s illegal to use nuclear weapons in space.

There’s loads of different research being done into all manner of space related topics. From volcanoes on Mars and the psychology of astronauts living and working in space, to designing solar sails to power spacecraft and the astrophysics of black holes.

Would I'm a Scientist be great at your school?

And make sure you support us on Twitter, so we can say hi, and keep you up dated on what's going on.